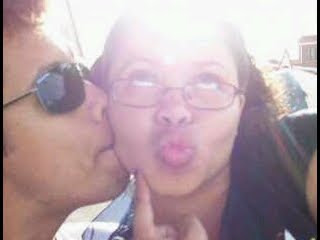 Sooooo I'm married and still adjusting, yes heading for our third anniversary I still find myself feeling like I'm playing house.
Don't get me wrong, I don't regret being married. I have a cute guy who gets my jokes,makes me laugh, cooks,cleans(think he's starting to figure out I'm not really allergic to dish water though) and is slowly, but surely, learning to put the toilet seat down and put clothes inside (not on the lid of) our laundry basket.
I think the not feeling married thing comes from him being away for a year and us having to re-adjust to living together.
I swear when he first got back I was amazed at the size of him (get your minds out of the gutter) Rob is about 30cm (could be more) taller than I am and takes up a lot of space (well it sure feels like it – my family is rather "petite"). Even his clothes on the line (item for item) take up twice the space mine does, so when he first got back it felt like he was always in my way, limbs everywhere and giant shoes and jackets all over the show.
Good thing he has a great sense of humor so I could tell him he was gigantic and in my way and in true Rob fashion he replied, "Imagine how I feel,I'm afraid I'm gonna step on you, good thing you never shut up so I know where you are" – yeah we're romantic like that. (He also said my hairstyle can only be considered bed head if my bed was inside a tornado – and he's the nice one,hehe).
Now we're used to each other again (we have our fair share of fights) and co-habitation is no problem, however we agree that we still don't "feel married".
– We were shopping the other day and I thought maybe it's because we don't shop like adults? Looking around other couples had, rice,potatoes and meat we had couscous, salad greens, chocolate and lollipops. (Jaffa cakes rank up there with milk and bread on must have list actually they beat out bread)
– Maybe it's because we watch cartoons,cooking shows,mythbusters and top gear while other "grown ups" watch news,documentaries and soapies.
– perhaps its because I have colouring books and play dough and he has a video game collection.
– or because we've put off having a baby. (Poor thing a detective for a dad and journo for a mom, either means kid will constantly be grounded or a brilliant liar)
Actually come to think of it many couples I know are like us, things have changed, being married is no longer about being stuffy and uptight (no matter how many old ladies think I don't dress like a married woman).
These days women aren't just expected to do house work and wait on men (thank goodness) and men aren't required to be cowboys (also thank goodness).
It about sharing your life with someone who fits into it so naturally loving them is second nature, also a I can live without you, but really really really don't want to situation (also you get that "compulsary" bling), well that's what I think anyway – I can be so darn romantic sometimes, hehe

Have a good day all and to my fellow South Africans, happy voting day, the only day hanging out with your x is encouraged (lame joke, I know)
Sent from my BlackBerry®