– Mondays are like a start over day…I always start new things on a Monday – like today when I finally started a facial cleansing routine, yes I’m 29 and should have done it ages ago, better late than never I say.
– Mondays are when I restart my diets I say restart because Thursday is usually when I give up and tell myself that if I’m going to be fat I should enjoy the journey…insert yummy carby food here
– Mondays are comedy night. Well every night is comedy night on comedy central, Monday is just my favourite.
– Mondays my curls tend to be on their best behaviour (not today though) my hair thinks it’s Thursday and I’m an extra on The Colour Purple-but usually, because I “do” my hair the weekend, Monday’s my hair is usually still cute.
– Mondays are a chance to catch up with friends about what happened the weekend…although the stories have changed over the years, from…. “dude went to the coolest new club ended up finishing a box of wine coolers while watching the sun come up” to “dude I went to the quaintest new restaurant, ended up finishing a entire box of chocolate while watching Friends reruns”
– Mondays I tend to have yummy lunch courtesy of Sunday lunch left overs-not today though, didn’t eat at home so I have bread to toast and am currently eyeing a suspicious mixture on my desk….I get to work stupid early and I made coffee but we were out of sugar… I remembered I had cinnamon sugar and then I thought why not…..uhmmm ja don’t!

HAPPY MONDAY ALL! *Even though we would all secretly like to be in bed right about now* 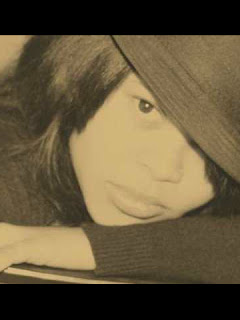 Today I’m thankful for my life, this one is not such a no brainer as you might think. I remember waking up in hospital being told I was lucky to be alive, that Logan and I were “tough cookies” who survived when it looked like they’d lose us both.
I was proud of that, we had beat the odds. But when he died that pride was GONE, replaced with GUILT! How dare I be alive when my baby wasn’t. How could I go ahead and win the “life lottery” the same lottery which deemed my son, a loser?
I wanted to die, I wanted to go to him, I didn’t want this stinking life my friends and family were so thankful for.
Besides what kind of life is it? My body has been butchered and my mind is a constant dark place with one thought playing over and over, “I want my Logan, give me back my baby”.
The days are filled with heartache and the nights filled with nightmares, I sure don’t feel lucky like the nurses insisted I was.
Therapy,soul searching and loads of “talking about my feelings” has helped, I still have dark days or moments but I’m starting to realise that God must have a plan for me if he helped me beat the odds.
Last night a woman who lost her precious twin boys, reached out to me, at first I was freaked out, what assistance can one heartbroken person offer another? But I realised how the women I have reached out to have helped me (and I remember how difficult reaching out was) and I wanted to offer some support.
We chatted for ages, both leaving the conversation feeling a little lighter.
That is when I decided I’m going to make my dream a reality. A support group of some sort, because no one should have to go through this alone!
So now I’m thankful for my life, the life I intend to use to honour God and the memory of my brave little boy.
*I’m still sad and miss my baby immensely but guess I’m learning to live with the longing-I don’t get to have him in my arms, but he is forever in my heart 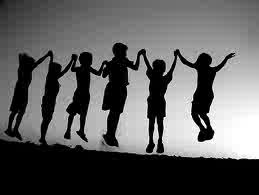 Today I’m Thankful for friends,colleagues and acquaintances – I have truly been supported from the word go. All the friends popping in, physically or through technology has meant a lot.
I have noticed some friends pull away though, but I do not blame them for a second, I figure they just don’t know what to say. Quite frankly if the roles were reversed I wouldn’t know what to say either.
Everyone knows how much Logan means to Rob and I, we never hid that. So what do you say when a friends lose their pride and joy before his life could actually begin? I don’t even know and I’m “the friend”
As long as I’m not told to get over it or that my life will forever be shrouded in sadness (both comments I have received) I’m ok with anything you say or even just a smile, just knowing you care.
A special thanx goes to a group of women I am yet to meet in person. You know who you are, as mothers of angels you have shown me ways to survive this dark time. Thank you for being there to talk to when I’m not sure what to make of my feelings, since I can’t have Logan in my arms, you have shown me how to keep him in my heart and through your day to day lives I know that like you, I am forever altered, but not broken 🙂 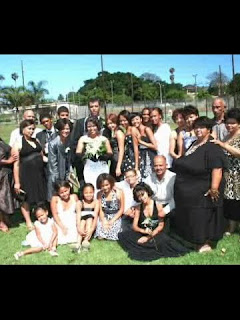 Today I’m thankful for my family! I have always been close to my family, but recently things have changed and in many ways it’s better.
My parents, siblings, cousins, aunts, everyone have been so amazing. From the moment they heard the news my family has surrounded me with more prayers and love than I thought possible.
THANK YOU GUYS SO MUCH, your support means the world!!! 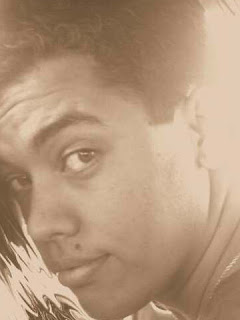 So everyday this week I want to find something to be outright thankful for. It’s difficult to be thankful with the cloud of grief over you, but I’m determined to find the good in my life, reasons to keep on looking up even though the world has me down.

NUMBER 1.
My dear husband, Robin Damien Meyers, I’m thankful that no matter how difficult waking up is, I get to wake up next to him.
I always knew he was strong physically, he is a big guy, an ex-soldier, turned fireman turned detective…but I never realised what true strength he had inside until now.
I’m a bit of a bossy boots (see I can be honest) I know what I want and how I want it, Rob usually just let’s me get on with it (while rolling his eyes) but lately I can’t even decide what I want for supper, I’m soooo deflated, I don’t like answering phones or going to the shops, he needs to make all decisions and in a way take care of me (I’m not big on being taken care of) but he does it without making me feel useless and with no complaints and for that I’m grateful.
He still gets flashbacks of being told he could lose us both and it hurts me to see the fear in his eyes when I don’t feel well, I can’t imagine if I was told I could lose both my boys at the same time, losing Logan is awful enough so if you threw Robin in the mix, I might never get up.
During my stay, Robin was at the hospital everyday! by Logan’s side and mine. I’ve been told by nurses, a hairstylist (she did hair for some of the hospital staff recently) and a friend (her mom works at the hospital) that Robin’s devotion to us and gratitude to the staff did not go unnoticed. One of the nurses actually told me I was very lucky and to make sure he doesn’t get away.
I know just how lucky I am, he has his faults, we all do, but he is my soul mate and I wouldn’t trade him for all the jimmy choo’s in the world 🙂