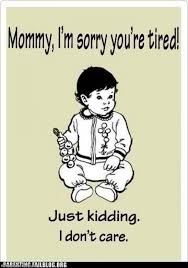 Like with many toddlers I know, the holiday from day care messed with their routines good and proper. A month is a long time in toddler time.
Aidan for one is so not about the sleeping these days, yes this is the same child who will lay down in the middle of a shopping centre because he needs a nap…
The bed time routine of :mommy lays with you reads, sings, prays and then tip toes out while you lay there all drowzy is a thing of the past ,hey Aidan
Now I find myself begging for him to just be quiet for a second and sleep for the love of all that’s holy sleep!

He has started all these stalling tactics when it comes to bed time, like putting his farm animals to sleep individually (I kid you not, blanket and pillow,the works) he sings along to lullabies and acts out bed time stories (wish I was making this shizz up) he tried to blow his play house down after the three little pigs, and re-enacts Goldilocks eating porridge oh and gets way too excited about colourful monsters.
He isn’t afraid of the dark and will walk around in his room if I don’t restrain him. The little procrastinator even uses the I must put toys away excuse.(like he ever cared that one of the blocks isn’t with the others)

Last night he decided there was not enough milk in his bottle (take note that he doesn’t drink his bottle to fall asleep, it was leftover milk from earlier).
So he just gets up in his dark room while his exasperated mom watches him join his dad in the kitchen, a few seconds later he emerges with milk from the fridge and his bottle which I need to top up…because bottles need to be full to stand by your bed. (the milk out of the fridge thing is no surprise though, he has been known to “start” his snacks, he will go into kitchen take out pack of provita, milk, a fruit or fruit puree and give it to me to assemble)

He has even started making his nightly prayers longer so he doesn’t have to sleep…God bless ma, pa, mummy daddy…… now has cats trees cars balls and needs to be repeated twice or thrice.

In an attempt to tire him out a little I started jumping on trampoline with him after work, tonight I’m adding a bike ride around the block…. Hopefully he will get tired and I will get fit…2 birds meet 1 stone

Meanwhile this is me: 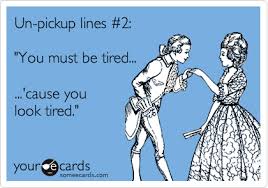 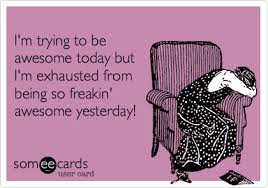 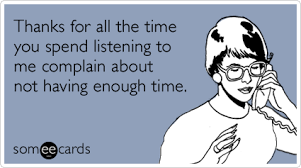 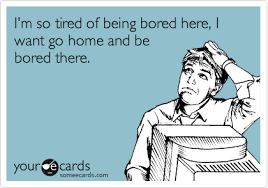 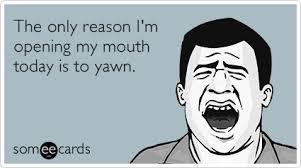 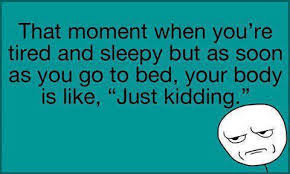 I don't usually talk about race...but
20 facts about me challenge...
When the baby talks back

6 thoughts on “Oh look there goes your sleep routine”